The series begins with Miss Piggy hosting a late night show, but Kermit is having difficulties as her show's executive producer. Meanwhile, Gonzo has help from his friends in the dating department when they sign him up on an online dating site, while Fozzie has trouble with his girlfriend's parents.

Steve Whitmire as Kermit the Frog, Rizzo the Rat, and Beaker
Eric Jacobson as Fozzie Bear and Miss Piggy
Dave Goelz as Gonzo
Bill Barretta as Pepe the King Prawn 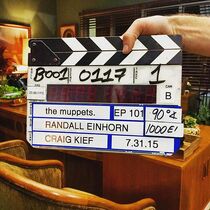 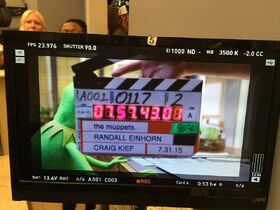 Retrieved from "https://muppet.fandom.com/wiki/Episode_101:_Pig_Girls_Don%27t_Cry?oldid=822278"
Community content is available under CC-BY-SA unless otherwise noted.