In addition to the Muppets making references to being puppets, it has often been joked (usually by Kermit the Frog) that "Jim Henson had his hand in a lot of things around here," or something to that effect.

When the Sesame Street characters appear in JD's fantasies in the Scrubs episode "My ABCs", JD's diagnosis after consulting Ex Ray's x-ray is "You have a hand inside you." Ray concludes that this explains many things.

In 2010, the Henson.com Podcast featured a video short with a puppet (DJ 1 from Animal Jam) who presses an X-ray button on a copy machine and is shocked to see a hand inside of him. (YouTube)

Additionally, the name of Howard Handupme on Dinosaurs is a play on the fact that he has a hand up him.

The joke of Muppet x-rays showing hands inside or naked Muppets being exposed hands has become a recurring meme and trope in popular culture, beginning in comic strips and extending to pop art and unofficial t-shirt designs. 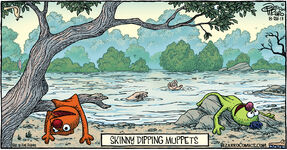 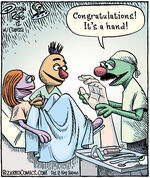 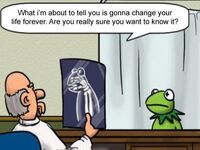 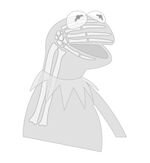 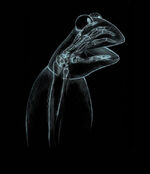 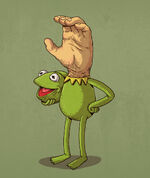 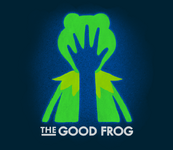 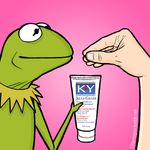 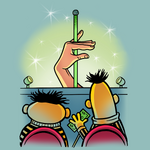 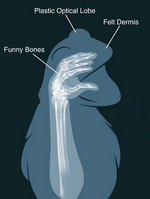 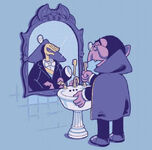 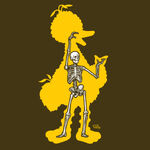 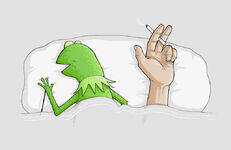 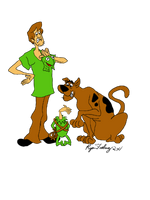 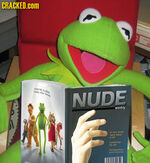 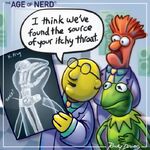 The Age of Nerd 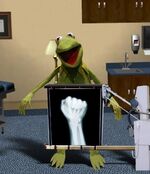 Start a Discussion Discussions about "hand inside" joke