In the late 1970s, Spain got its own version of the vintage hand puppets made by Child Guidance in the USA, to tie in with the Spanish dub Ábrete Sésamo.

Finger puppets were produced of Bert and Ernie, which were deisgned after the hand puppets, and they produced soft plastic finger puppets like Child Guidance had produced in 1973 and 1974. 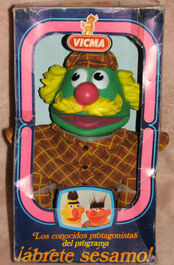 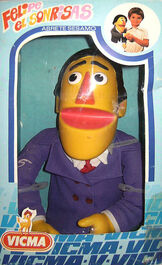 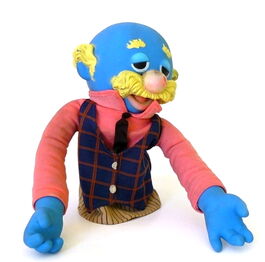 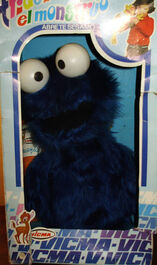 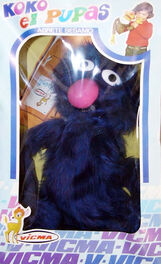 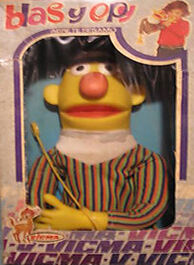 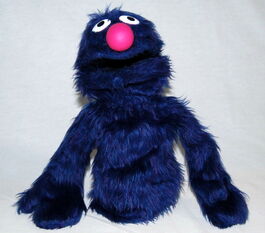 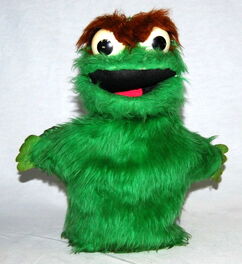 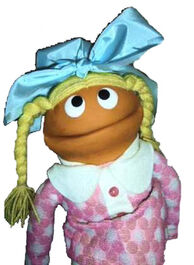 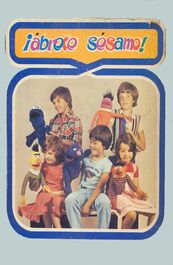 Back side of the package from the hand puppets

Finger puppets based on the hand puppets 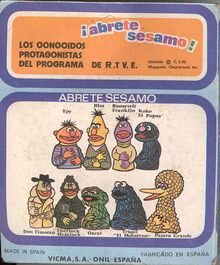 Backside of the package from the finger puppets 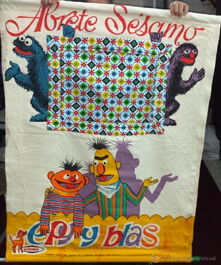 Puppet theater
Add a photo to this gallery
Retrieved from "https://muppet.fandom.com/wiki/%C3%81brete_S%C3%A9samo_puppets_(Vicma)?oldid=1149603"
Community content is available under CC-BY-SA unless otherwise noted.