Each issue of 1, Rue Sésame began with a comics story featuring Toccata, Mordicus and Trepido.

The magazine also featured articles from the German Sesamstrasse magazine, as well as American contents (sometimes from books like The Sesame Street Dictionary) and Dutch material. Every now and then, Tommie and Pino from Sesamstraat would interact with Sesamstrasse characters Samson and Tiffy. 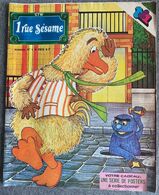 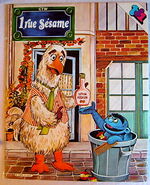 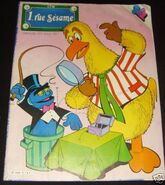 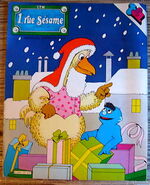 Issue #14
Add a photo to this gallery

Retrieved from "https://muppet.fandom.com/wiki/1,_Rue_S%C3%A9same_Mensuel?oldid=1079730"
Community content is available under CC-BY-SA unless otherwise noted.