40 is a number that comprises the sequence of digits 4 and 0 of the Arabic Numeral System — the most widely used numeral system in the world. The number 40 was introduced on Sesame Street in 1986. The number 40 is also the highest number used in counting lessons on the show (not including "skip counting").

Although counting to 40 became a Sesame Street curriculum goal in 1986, many years would pass before the number 40 sponsored an episode (in the interim, the number 21 was the highest number to sponsor the show). The number 40 first sponsored Sesame Street in Episode 4187, the show's 40th season premiere.

In Sesamstrasse's 40th anniversary rendering of Mah Na Mah Na from 2013, An eyeballed number 40 runs away from the birthday cake it is supposed to sit atop. 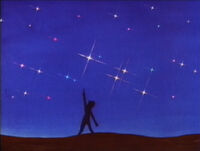 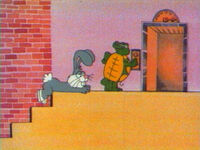 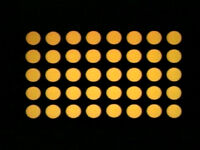 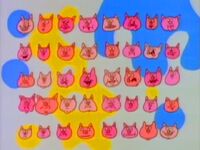 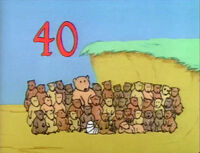 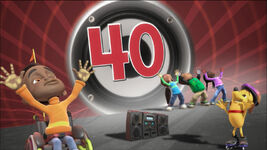 Retrieved from "https://muppet.fandom.com/wiki/40?oldid=1277401"
Community content is available under CC-BY-SA unless otherwise noted.