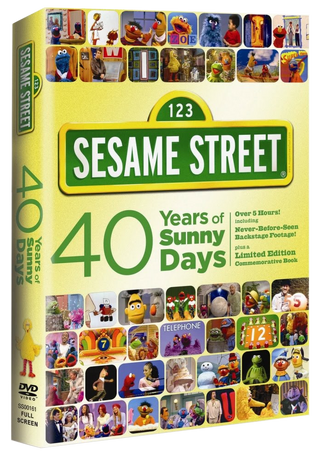 Each disc begins with a TV Montage introduced by Count von Count and featuring one clip from each of the 40 seasons (all of which are presented within the main program). Each five-year period begins with a look through a scrapbook representing the time periods, and many clips begin with behind-the-scenes photos related to the clip (with the first few seconds of audio heard over the picture). The set also comes with a commemorative booklet, a shortened 24-page version of Sesame Street: A Celebration - 40 Years of Life on the Street. Early copies were hardcover, but when distribution switched from Genius Products to Warner Home Video the booklet was changed to paperback.

A * denotes that part of that clip was also featured in the "TV Montages" in this set.

Genius Entertainment partnered with Amazon.com to allow fans to vote for one moment from a list of 10 clips to appear on the release. Voting was open from April 1st to April 28, 2009. The winning clip, with 27% of the vote, was "Bert and Ernie String Tied."

The nominees and results were as follows: 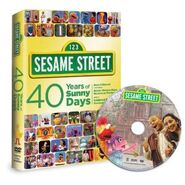