A Bird's Best Friend is a 1986 Sesame Street book telling the story of how Barkley came to live on Sesame Street.

Granny Bird gives Big Bird a puppy, to show that she thinks her grandson is responsible enough to have his own pet. It's not easy at first, but soon Big Bird and Barkley become good pals.

Sherlock Hemlock's dog Watson makes his debut appearance in this book. In this book, he is a medium-sized long-haired dog in a Sherlock Holmes-esque deerstalker cap and matching coat, while in Watson's later appearances on Sesame Street's Mysterious Theater segments in the early 1990s, he resembled something of a smaller brown terrier that only wears a collar.

Heard on Book and Tape releases: 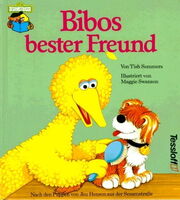 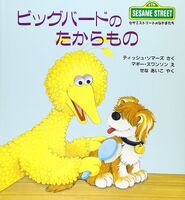