A Capitol Fourth is an annual PBS special which airs live on July 4th from the West Lawn of the US Capitol, leading up to the finale fireworks show in Washington, D.C.

In the 2006 special, Elmo was one of the headline guests. He arrived onstage riding a tricycle, and singing "Riding My Tricycle". He then sang "How Do You Do?" with Vanessa Williams after establishing that he couldn't greet everyone at the event individually. He invited a group of children onstage for a song about imagination with Hoots the Owl on saxophone. Finally, he sang "Happy Birthday to You" to America with the orchestra. 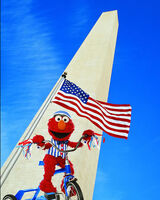 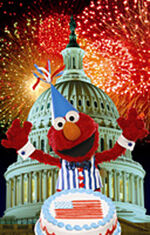 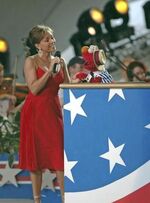 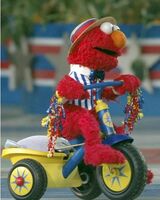 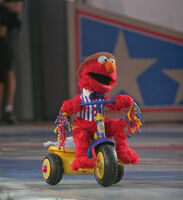 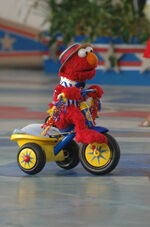 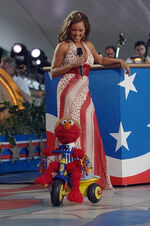 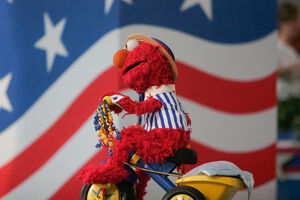 In the 2009 special, Elmo, Big Bird, Cookie Monster, Oscar the Grouch, Rosita, and Abby Cadabby appeared to not only celebrate the nation's 233rd birthday, but also Sesame Street's 40th. The group was introduced by President Barack Obama.

Conductor Erich Kunzel invited Big Bird to lead the National Symphony Orchestra in a short rendition of "Ode to Joy", after which the bird sang "Sunny Days" to the crowd. The entire group then performed a medley of Sesame Street songs: Elmo sang "Elmo's Song", Oscar sang "I Love Trash", Abby Cadabby sang "Somebody Come and Play", and Cookie Monster sang "C is for Cookie", leading up to Rosita's bilingual performance of "Sing" together with singer Natasha Bedingfield. While the cast of Muppets (sans Big Bird) sang back-up on each character's individual song, the entire group joined in on Bedingfield's rendition of "Yankee Doodle Boy". Big Bird finished the medley off by leading the group to "You're a Grand Old Flag".

Due to high chances of rain on July 4, the show's producers wanted a clean take at the dress rehearsal on July 3, and the show was performed twice.

The special, which was hosted by Jimmy Smits, also featured performances by Aretha Franklin, Barry Manilow, the cast of the Broadway musical Jersey Boys, and pianists Michael Feinstein and Andrew von Oeyen. 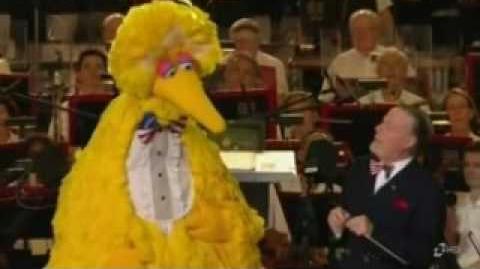 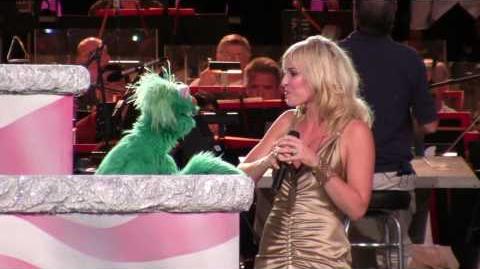 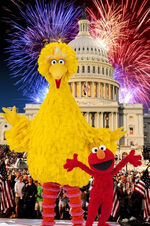 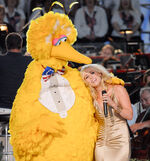 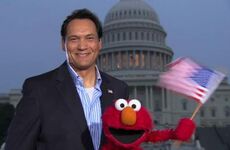 From a promo video 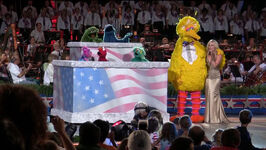 Rehearsal
Add a photo to this gallery

Kermit the Frog and Miss Piggy appeared during the 2014 special, performing "This Land Is Your Land." Piggy ended the number with a costume change as The Statue of Liberty. She made a crash landing, however, leaving Kermit to fill time with an abridged version of "Rainbow Connection" with the National Symphony Orchestra.

The special also featured performances by Patti LaBelle, Frankie Valli, and a new arrangement of "The Star-Spangled Banner" composed by John Williams. 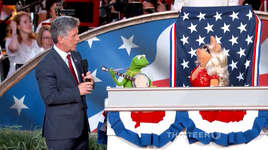 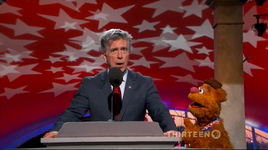 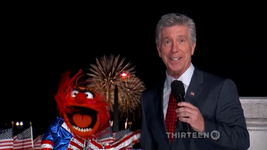 The Muppets of Sesame Street appeared in the 2019 edition of the program to promote their 50th anniversary.

Following a montage of 50 years of Sesame Street, the Muppets returned to the main stage for their own musical performance, kicking off with the "Sesame Street Theme." The group, partially aided by Stamos, followed with "This Land Is Your Land," "Yankee Doodle Boy" and "Happy Birthday to You."

The Muppets re-appeared at the special's end to sing "God Bless America" with the other performers.

Other guests include Laura Osnes, Lindsey Stirling and Vanessa Williams.

Wikipedia has an article related to:
A Capitol Fourth
Retrieved from "https://muppet.fandom.com/wiki/A_Capitol_Fourth?oldid=1221565"
Community content is available under CC-BY-SA unless otherwise noted.