"A Cookie Is a Sometime Food" is a Sesame Street song from Season 36 in which Hoots the Owl teaches Cookie Monster that cookies are okay to eat sometimes but not all the time. The song is a parody of "A Woman is a Sometime Thing," from George and Ira Gershwin's opera Porgy and Bess.

The song, which was mentioned in Sesame Workshop's press release for Season 36, sparked a minor controversy when the media began to report that Cookie Monster was going to give up his favorite food and start eating healthily. The rumor was not true, though; Cookie Monster clearly ate a cookie after the song finished, having decided that now is sometime. 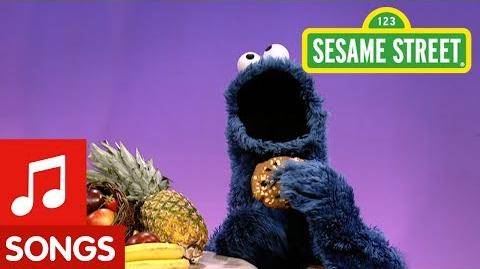