A Grouch's Christmas is a 1990 Sesame Street storybook.

Oscar the Grouch is the only one on Sesame Street who isn't looking forward to Christmas. Elmo and his friends bake Oscar cookies and make a special Christmas tree for him, to show him that Christmas is a time for friends to appreciate each other.

The book was reprinted in 1994 by Merrigold Press and again in 2005 by Dalmatian Press as Elmo's Delicious Christmas. It was reprinted again in 2007, with altered credits: "Written by Michaela Muntean and Elizabeth Clasing". It was also released as a book and tape set, first from Golden, and then from Sony Wonder. 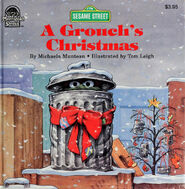 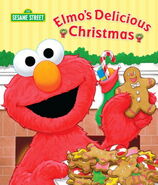 2007 reprint
Add a photo to this gallery

Retrieved from "https://muppet.fandom.com/wiki/A_Grouch%27s_Christmas?oldid=1136411"
Community content is available under CC-BY-SA unless otherwise noted.