A New Baby in My House

A New Baby in My House is a Sesame Street video released in 1994. The video featured an original story focused on understanding sibling rivalry, and in particular feelings towards newly born brothers or sisters, combined with two relevant inserts.

The frame story features Snuffy, who becomes irate when Alice breaks his favorite toy tiger. Attempting to restore order, Mommy Snuffleupagus reads the children the book "Prince Firstly's Little Surprise." The fairy tale story recounts how Prince Firstly went through a period of adjustment when King Goodheart and Queen Quinella give birth to a new daughter, Princess Azalea. Firstly is disappointed that the new baby is too small to play with him, and then feels jealous of the attention being poured upon Azalea, so he causes some mischief. Also appearing in the segment are the Fairy Godmother, general court herald/caretaker Lord Elmo, Count von Count, Oscar the Grouch, and Cookie Monster. In the end, both Snuffy and Prince Firstly learn that having younger siblings isn't so bad.

Interspersed between the two stories are segments recycled from Sesame Street, such as the animated insert "Lillian, Big Sister" by Craig Bartlett, a live-action film "A New Baby at Katie's House" and a song "I'm the Big One Now" (performed by Jerry Nelson). 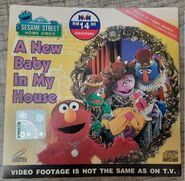 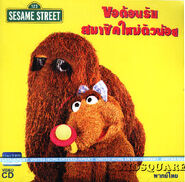