A Sesame Street Christmas features the Sesame Street Muppets getting together on a rainy Christmas and telling stories, reciting poems, and singing songs. The original edition also included recipes and crafts.

A shortened version was released in paperback in 1987, and as a book and tape set (with Caroll Spinney as both Big Bird and Oscar the Grouch), dropping most of the activities and adding two song tracks from the 1975 album Merry Christmas from Sesame Street. 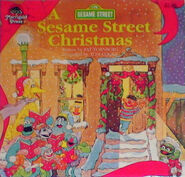 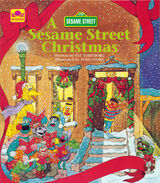 Retrieved from "https://muppet.fandom.com/wiki/A_Sesame_Street_Christmas_(book)?oldid=1230887"
Community content is available under CC-BY-SA unless otherwise noted.