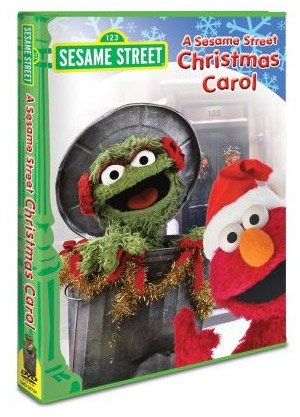 A Sesame Street Christmas Carol is a direct-to-video Sesame Street special, released to home video in 2006. Oscar the Grouch stars in the Ebenezer Scrooge role for a Sesame Street version of the classic novel by Charles Dickens.

The three ghosts in the special are computer animated by Magnetic Dreams Animation Studio.

The special received its broadcast premiere on Sprout On Demand from November 17-23, 2006.[1]

As released on DVD, the story is divided into five chapters.

The story opens on a quiet, snow-covered Christmas Eve with a voice-over narration about Sesame Street and what a wonderful place it is at Christmas time. As the narrator talks, clips from past Sesame Street Christmas specials are shown (the opening from Elmo's World: Happy Holidays!, and a scene from Elmo Saves Christmas). A Muppet named Joe Marley of "Scaredy-Pants Delivery Service" comes down the street to deliver a "ghost-o-gram" to Oscar.

The ghost-o-gram consists of an old, empty can of baked beans and a card on which is written a rhyme that Oscar must read aloud to summon Rhubarb, the Grouch ghost of Christmas Past. Rhubarb shows Oscar some old home movies of Christmases past. The first is The Gift of the Magi starring Bert and Ernie (showing the pair's subplot from Christmas Eve on Sesame Street). The next home movie features Big Bird from Elmo Saves Christmas singing "All I Want for Christmas Is You."

Oscar soon finds himself visited by Christmas Carole, the perky Ghost of Christmas Present whose body and attire are shaped like a Christmas tree. Carole shows Oscar the glory of Christmas in the now and that Christmas is more than just decorations and Christmas trees. She shows four clips representing the present, including Elmo and Santa Claus from Elmo's World: Happy Holidays; Elmo and Lightning singing "Every Day Can't Be Christmas" from Elmo Saves Christmas; Elmo talking with kids about how they celebrate Hanukkah and Kwanzaa from Elmo's World: Happy Holidays; and "Keep Christmas with You" from Elmo Saves Christmas.

The final ghost to arrive is the ghost of Christmas Future in the form of a futuristic robot named Sam. He shows an animated short about what Christmas will be like in the future—including houses that decorate themselves and Christmas dinners consumed in the form of "delicious, chewable space capsules" while floating in zero gravity.

The story ends on Christmas morning, when a Muppet who looks just like Joe Marley awakens Oscar to give him a sticky ball of used wrapping paper as a Christmas present. When Oscar recognized the visitor as "Joe the Scaredy-Pants guy," the visitor responds "No, I'm little Joey Dickens, you know, from Brooklyn." In the end, Oscar finds several things to enjoy about Christmas Day, including sticky balls of used wrapping paper, waiting for the "rotten snow" to turn the "mushy and gray," and "best of all, tomorrow is the day after Christmas, and this will all be over." 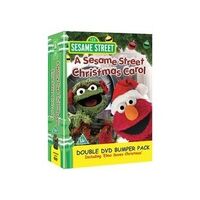 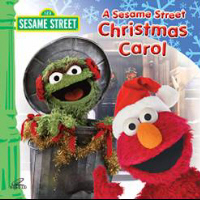