In 1979, the special was nominated for an Emmy Award in the category of Outstanding Children's Program. However, the program lost to that year's other Sesame Street Christmas show, Christmas Eve on Sesame Street.

The theme of Oscar in the role of Scrooge would be revisited almost 28 years later in the direct-to-video special A Sesame Street Christmas Carol.

The book Street Gang talks a bit about this special, stating:

“Paul Firstenberg was CTW's executive vice president in 1978 when Christmas Eve on Sesame Street was produced. One of his most baffling decisions (which included selling off interest in cable television that would later be valued in the hundreds of millions) was to sign a deal that same year for A Special Sesame Street Christmas, with independent television producer Bob Banner. Banner, whose roots in variety television went back to the Garry Moore and Diana Shore shows of the 1950s, had a track record of working with Henson and the Muppets from his days producing The Jimmy Dean Show. CBS bought the idea even though there was one in the works for PBS. When executive producer Singer questioned the wisdom of competing specials, Firstenberg said, "If we proceed with two shows, maybe one will make it to air." Said Singer, "Can you imagine the mentality? He had a complete lack of understanding of the show."[1]”

The show opens with a shot of Mr. Hooper and a little girl trimming a Christmas tree, as the audience is greated by Leslie Uggams saying, "Merry Christmas, everybody! This is Leslie Uggams. You're lookin' at Sesame Street -- and yes, it's the Christmas season." Then Oscar pops in saying, "Hello, this is Oscar the Grouch speaking. I can't stand Christmas! Anyway, I do have orders to say: Welcome to A Special Sesame Street Christmas!"

Bob, David, Mr. Hooper and Maria are happily trimming a Christmas tree that they've set up out on the street next to the stoop of 123 Sesame Street. They invite Oscar to participate in the festivities, so he gives them a dirty old sneaker to hang on the tree. "Bah humbug!" he snarls. Mr. Hooper makes the best of it saying "We mustn't let Oscar get our spirits down!" Big Bird shows up with the present he got for Leslie Uggams. The others want to see the present -- they chipped in for it too -- but Big Bird wants it to be a surprise.

"Here's the STAR!" Leslie Uggams cries, as she enters with a star for the top of the tree. The cast greets her warmly. Oscar joins in: "I just want to tell you, Miss Uggams, that I've never missed any of your shows!" Leslie is pleased: "Oh, thank you, Oscar!" Oscar says, "I never see any of your shows, so I never miss them!"

Leslie opens Big Bird's present, and finds an ugly hat with earflaps. Big Bird is disappointed -- everyone trusted him to pick out a present for Leslie, and he failed. This is a cue for Leslie to sing a big Broadway-style show-stopper production number about how it's the thought that counts at Christmas. Everyone joins in and dances around.

It starts to snow, and the snowplow (represented by a yellow flashing light) dumps all the snow in front of the stoop. Leslie takes charge and enlists Bob, David and Barkley the Dog to sweep the snow away. As they shovel the snow, Leslie tells them to think of warm things. Oscar brings them cups, which they naively assume are full of hot cocoa. They don't realize it's really ice cold lemonade until they've all brought it to their lips to take a big sip. David and Bob are so offended by Oscar's devious scheme that they leave, but Leslie stays behind for a little Star-to-Grouch talk.

Oscar pops up from his can. "Look, Leslie, I'm glad that somebody agrees with me about all this Christmas nonsense." Leslie shakes her head: "I don't agree with you, Oscar." Oscar is startled: "You don't? You mean, you're with... them?" "Yes. And you should be with them!" Leslie Uggams informs Oscar through song about how much fun Christmas is, but it has no effect. She's completely frustrated.

Maria emerges from the brownstone, and finds Leslie fuming: "It's just Oscar, with his whole dog-gone Christmas attitude!" Maria tries to take her mind off it by showing her the injured kitten she found. She's dressed it up with a red ribbon, and put a cast on its broken leg. Leslie determines that the kitten needs a name. Then Leslie and Maria shout in unison: "Tiny Tim!" Maria laughs: "I can't believe we came up with the same name!" Leslie complains some more, saying, "Oscar certainly does remind you of another Christmas grouch, doesn't he." Maria answers, "You mean Scrooge." The word "Scrooge" gives Leslie an idea to teach Oscar a lesson. Maria trails after her: "What are we going to do, Leslie? What's the plan?"

They go to Mr. Hooper's store, where they make a Ghost of Christmas Past costume out of trash. Nobody wants to volunteer to dress up as the ghost, but then Anne Murray walks in! Anne lip-synchs a song to Big Bird -- a love song called "You Needed Me" -- as everyone else looks on. Then Anne agrees to be the Ghost.

Bob, David, Maria and Leslie hide around the corner and make an "Ooooo-oooo" ghost sound to surprise Oscar. Then Anne appears with a green felt Christmas-tree cloak and matching top hat, adorned with trash accessories. She tells Oscar that she's the Ghost of Christmas Past. She gives Oscar a magic eggnog container, and tells him, "You look into it, and you'll see the wonders of a Christmas when you were young!"

As Oscar looks through the tube formed by the eggnog container, the others all act out a little scene in front of him. Leslie is dressed up as Oscar's nurse, and she's pushing a baby carriage holding a little trash can. Leslie sings about Oscar being a happy little baby, but he grew up and became an awful grouch.

This doesn't make Oscar feel any nicer. Instead, he grabs an electric guitar and sings "Yakety Yak." The guitar blows up at the end of the song.

The next morning, Oscar gets up early to read the grouch newspaper. Leslie Uggams sits at an upstairs window, staring dreamily at Oscar and singing "Look at That Face."

Then: "Ooooo-oooo!" Here comes Imogene Coca dressed up in red with alarm clocks strapped all over her body. She's the Ghost of Christmas Present, and she informs Oscar that he's now completely invisible. The street fills with adults and kids wishing each other Merry Christmas and singing about how they don't care whether Oscar celebrates Christmas with them or not. In the middle of the song, Henry Fonda appears on a fire escape holding a bulldozer toy, and announces: "Christmas is still being in my bathrobe at 11:00 in the morning sitting in my easy chair! Attach Part C to Part B, being sure to use the ¾" wingnut... What ¾" wingnut?" Then Henry disappears through a door and is never seen again.

This ghostly visitation doesn't work either, so everyone's depressed. Maria, Bob, Leslie and Imogene are all staring hopelessly into space. Then Ethel Merman walks by, and gives them a hearty greeting: "Hi, Leslie! Merry Christmas! IMOGENE -- what's the matter? You look like an IDIOT!" Ethel instantly understands that they're down because Oscar the Grouch isn't in the Christmas spirit. She says they shouldn't be depressed -- "You gotta do what ETHEL does! You gotta out-LAST him!" Ethel sings "Tomorrow", urging them all to think positively. The group agrees, and follows her in song.

Next, Michael Jackson walks down the street, reading a book about ghosts. Oscar asks him for the book, Michael gives it to him, and then leaves.

Dick Smothers visits next, dressed as the Ghost of Christmas Future. Dick tells Oscar that everybody moved away from Sesame Street -- "You were such a grouch at Christmas, they couldn't take it any longer!" The only one who didn't move away is Tiny Tim, the crippled kitten.

Dick leaves the kitten with Oscar, who turns protective and loving. "How's your leg, there?" asks Oscar. "I'd be happy to autograph your cast. I know just what I'd write on it: Merry Christmas, Tiny. Love, Oscar." Then Oscar starts. "Did I say that?"

Leslie bursts through the door of 123 Sesame Street and sings "Just One Person" to Oscar, joined by the rest of the cast. When they're done, Oscar snarls: "Are you people gonna stand around singing while that poor cat freezes? Hand him up here." They all wish him a Merry Christmas, and Oscar ducks down into the trash can with the cat. "Merry Christmas, everybody!" he shouts, and then pops back up: "Did you hear that? This cat talks! He just wished everybody a Merry Christmas!" Everyone (minus Michael Jackson) gathers in a big crowd for a Christmas medley. The whole cast sings "Jingle Bells". Leslie sings a verse of "Sleigh Ride". Ethel Merman and Oscar sing a chorus of "Winter Wonderland". The cast sings part of "I Saw Three Ships", and they all wish the viewers a Merry Christmas. 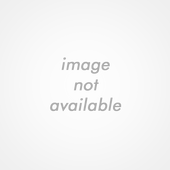 The DVD release replaces the closing credit music, a holiday arrangement of the "Sesame Street Theme," with an alternate tune.