Abelardo is a green, full-bodied Muppet parrot who appears on Plaza Sésamo, the Mexican co-production of Sesame Street. Abelardo, originally called Serapio Montoya, joined the cast in 1981 and soon became the show's most recognizable figure. He is four years old.[1]

Abelardo also guest starred on the American Sesame Street on May 5, 1997 in Episode 3646 as part of the Cinco de Mayo celebration. He met his cousin Big Bird for the first time after looking for him all over the neighborhood with Telly. Oscar picked Abelardo up at the airport and taught him one English word: "Scram." (much to the annoyance of Telly.) Although this was his only American appearance, he was mentioned in Episode 3874 and is seen in a picture, as one of the items of Big Bird's nest. On the Mexican show, he occasionally keeps contact with his cousin via letters and video-chatting.

When Abelardo first appeared on Plaza Sésamo under his original name, he had a deeper, more parrot-like voice and a dopier personality. Bodoque, the show's grouch at the time, often fooled him into silly situations, which the adults had to clarify later on. Much of Abelardo's design qualities have stayed the same, with one noticeable difference being that he originally had magenta and bluish-green feathers around his legs. When the show was updated in 1995, Abelardo was slightly updated as well, becoming more of a youthful character. Design adjustments included more red and pink feathers added around his head and neck, and the frills on his legs being replaced with Big Bird-like rings. It was also at this time that he gained his current name, as a nod to Abelardo from the first run of Plaza Sésamo.

In 2019, Abelardo appeared alongside his American cousin for material taped for Season 50 of Sesame Street during the Sesame Street Road Trip tour in California. They appeared in a segment featured in Episode 5025, performing "ABCs en Español."

Abelardo is a giant parrot with a green body, pink and red head, yellow beak, and big tail. This young cousin of Big Bird is an exuberant preschooler. He is very honest and tends to take things literally. Abelardo loves to solve problems and learn new things—especially letters. He enjoys swings, roller-skating and other kinds of games, as well as singing, dancing, exercising, and listening to stories. Abelardo admires Pancho and has a great relationship with Lola. Though usually optimistic and positive, Abelardo struggles with the frustrations of any other young child. He is learning his alphabet and starting to read. He is inquisitive, spontaneous and sometimes timid. Birthday: March 6

At first Abelardo (Serapio Montoya) had few pink feathers on the sides of his face, his legs were orange, its rings were pink and green, and had four fingers on each hand, in 1995 (now Abelardo) had three fingers on hand at home, more pink feathers around its peak, legs turned red, their rings were pink and had green fur on his legs, in early 2003, had more red feathers around his head, his turned legs and his rings became orange. 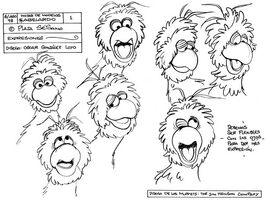 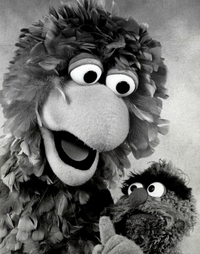 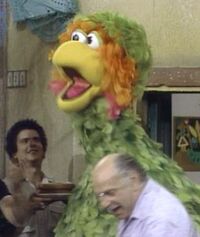 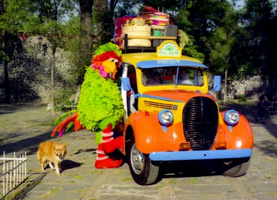 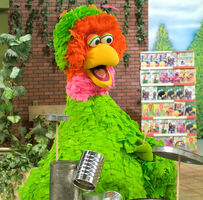 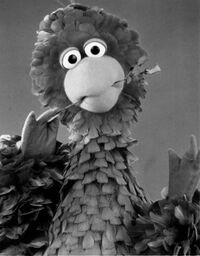 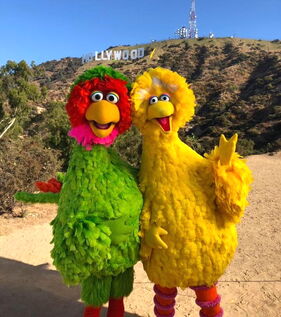 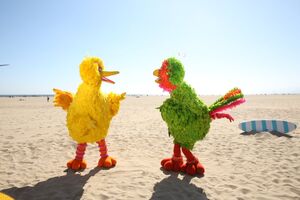 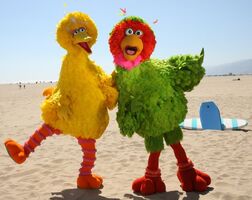 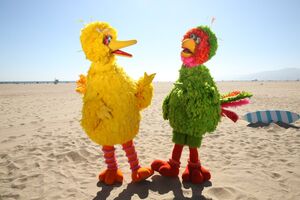 Retrieved from "https://muppet.fandom.com/wiki/Abelardo_Montoya?oldid=1293372"
Community content is available under CC-BY-SA unless otherwise noted.