Alessia Caracciolo (b. 1996), known by her stage name Alessia Cara, is a singer-songwriter from Brampton, Ontario, Canada. In addition to her own albums, Cara also performed on the soundtrack of Disney's Moana.

Cara appeared as a guest star on Sesame Street’s 48th season singing "So Much Alike". She also appeared alongside Elmo in a #ShareTheLaughter video, released online on August 30, 2017. 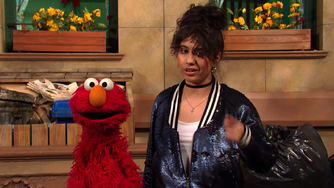 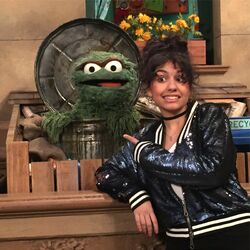 Wikipedia has an article related to:
Alessia Cara
Retrieved from "https://muppet.fandom.com/wiki/Alessia_Cara?oldid=1193645"
Community content is available under CC-BY-SA unless otherwise noted.