Alfa is a character on Sesam Stasjon, the Norwegian co-production of Sesame Street, which takes place in a train station.

Alfa works at the station store and helps out in the cafe. Although she is a generally cheerful person who laughs and giggles often, she also has a calmer, more philosophical side. She is curious and inquisitive about new things, and the show's various guest stars are often the subjects of her many questions

Alfa enjoys reading, writing, and daydreaming. Her actual species is never stated (Sesam Stasjon never referred to any of its Muppets as "monsters"), though Max Mekker once referred to her, in a story he made up, as "en gul dings" ("a yellow thingy").

The puppet is displayed in the exhibit center at NRK in Marienlyst. The center contains various historic props from TV shows in Norway and tells the story about NRK from its start in 1925.

Alfa, along with her friends, appeared in a special New Year's Eve report from Norway in the special Sesame Street Stays Up Late. 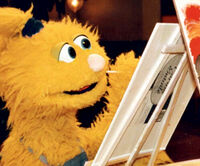 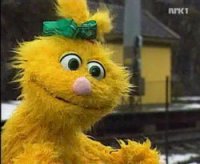 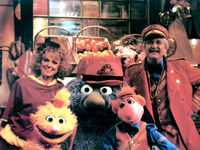 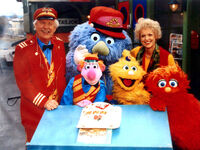 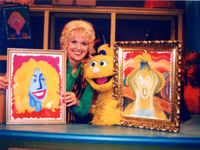 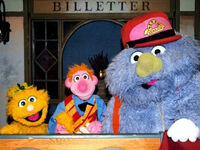 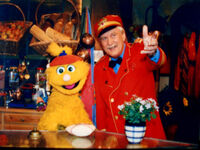 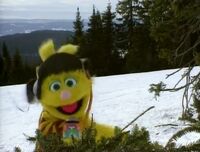 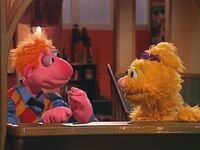 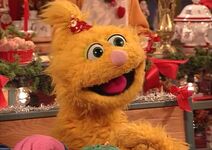 Add a photo to this gallery
Retrieved from "https://muppet.fandom.com/wiki/Alfa?oldid=1240160"
Community content is available under CC-BY-SA unless otherwise noted.