All Around the World

"All Around the World" is a Fraggle Rock song performed by Uncle Traveling Matt. The song deals with his travels, and features supporting vocals by Gobo Fraggle, Wembley Fraggle, and Red Fraggle, and a chorus. An excerpt was used in the documentary Down at Fraggle Rock, the only time the version with lyrics was released outside of the album.

A music video of the song was produced, using clips from the series and Matt's various exploits from around the globe. The video was included in the extras on the Fraggle Rock: Complete Second Season DVDs, as well as uploaded onto the Jim Henson Company's official YouTube channel.

"All Around the World" was released as a 45 RPM single in the UK only. The single featured the song, with an instrumental version of the song on the B-side. The lyrics were included on the picture sleeve.

The instrumental version was used in the UK Travelling Matt segments, and it was also used in the US show beginning in season three. However, that version is a different one from the version heard on this single, and it was identical to the version usually featured as the last track on international Fraggle Rock albums.

The record's front cover has Traveling Matt on it, and the back of the single features a postcard addressed to Gobo Fraggle at "The Lighthouse." It reads: "Dear Nephew Gobo, Today I heard the most amazing thing. A flat, plastic wheel that plays music. Strange? It sounds like me! Love, your Uncle Travelling Matt." There was also a picture disc version of the single, otherwise identical to the regular release. 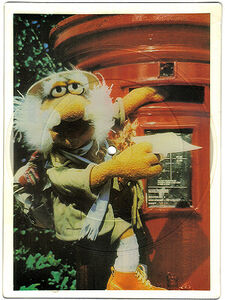 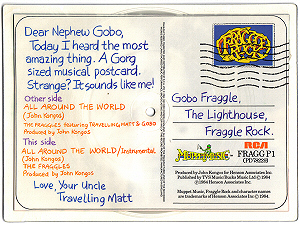 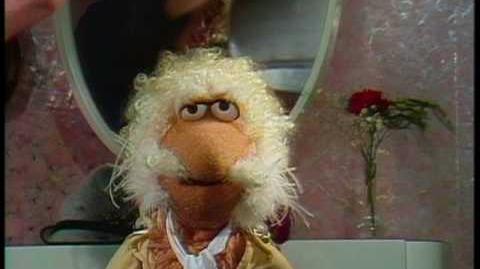 Fraggle Rock "All Around the World"
Community content is available under CC-BY-SA unless otherwise noted.
Advertisement