Allison Williams (b. 1988) is an American actress, comedian, and singer. She is best known for her role as Marnie Michaels on the HBO comedy-drama series Girls, the titular role in NBC's "Peter Pan Live", and her performance in the Jordan Peele film Get Out. She is the daughter of Brian Williams.

Williams appeared on Sesame Street in Episode 4929 as a sanitation worker. 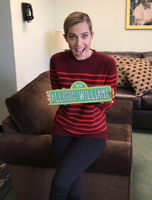 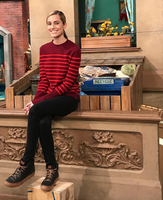 Williams by Oscar's trash can 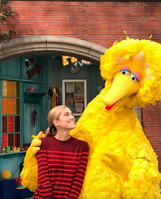 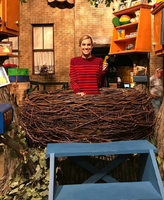 Williams in Big Bird's nest
Add a photo to this gallery
Wikipedia has an article related to:
Allison Williams
Retrieved from "https://muppet.fandom.com/wiki/Allison_Williams?oldid=1172319"
Community content is available under CC-BY-SA unless otherwise noted.