Alton Brown (b. 1962) is best known as the writer, producer, and star of the Food Network programs Good Eats and Iron Chef America.

Brown appeared in episode 4228 of Sesame Street's 41st season to discuss the word "recipe" with the Muppets and was also featured in the music video for "The Elmo Slide."

Brown also appeared with The Swedish Chef and a turkey on the Food Network's Thanksgiving Live in 2011. 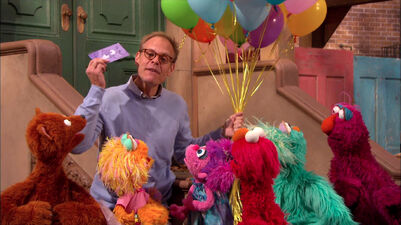 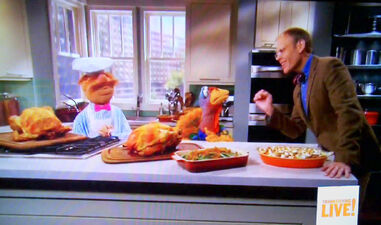 Thanksgiving Live
Add a photo to this gallery

Wikipedia has an article related to:
Alton Brown
Retrieved from "https://muppet.fandom.com/wiki/Alton_Brown?oldid=1237876"
Community content is available under CC-BY-SA unless otherwise noted.