Amelia's Trampoline refers to a pair of live action-animated hybrid segments produced for Sesame Street, first appearing during season 23. The music for the segments was written by Barbara Bernstein.

In each segment, a young girl named Amelia bounces on her trampoline in her bedroom. She then imagines herself in some sort of aerial adventure in an animated environment. As an inside joke, her room contains a stuffed Grover doll. 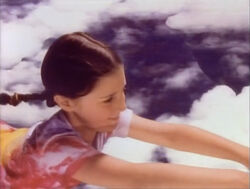 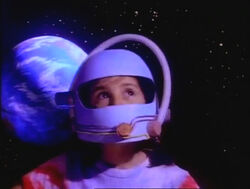 Astronaut
(First: Episode 2918)
Add a photo to this gallery
Retrieved from "https://muppet.fandom.com/wiki/Amelia%27s_Trampoline?oldid=1230351"
Community content is available under CC-BY-SA unless otherwise noted.