America's Got Talent is a reality television series on NBC. The series, which premiered in 2006, is a talent search competition that features singers, dancers, magicians, comedians and other performers vying for the top prize of $1,000,000.

The Muppets made a celebrity guest appearance in the two-hour finale of season 2 (aired live on August 21, 2007). Season finalist Terry Fator, a ventriloquist, impressionist and singer, performed a celebrity duet of "You've Got a Friend" with Kermit the Frog. The duo was joined by a chorus of Muppet chickens towards the end of the number. The act was then "judged" by a panel of Muppet judges -- Animal as David Hasselhoff, Beaker (in a wig) as Sharon Osbourne and The Swedish Chef as Piers Morgan. Miss Piggy appeared via a pre-recorded video message to wish Fator luck in the contest. Fator was later announced as the winner of Season 2. 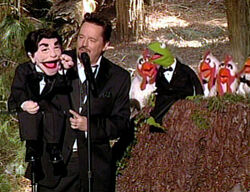 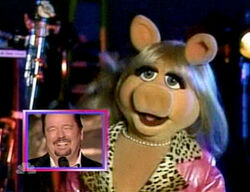 Kermit, Miss Piggy and some chickens appeared on the show during the September 2, 2009 episode to sing "Don't Go Breakin' My Heart." Kermit was not performed by Steve Whitmire, however, but instead by Artie Esposito. Statler and Waldorf, who were announced, did not appear. 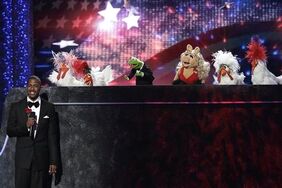 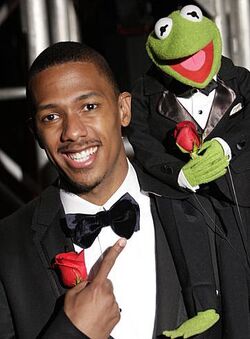 Nick Cannon with Kermit the Frog 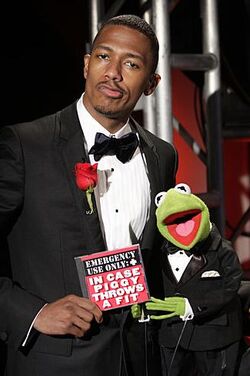 The Muppets guest starred on the September 10, 2014 episode. Among the Muppets who appeared were Kermit, Miss Piggy, Fozzie Bear (appearing with Howie Mandel), Statler and Waldorf (bantering with judge Howard Stern). Miss Piggy sang "It's Raining Men" with Heidi Klum and Mel B. (YouTube) 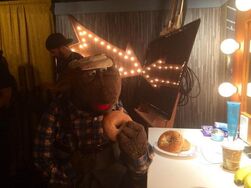 Beauregard eating a bagel backstage as tweeted by Kermit. 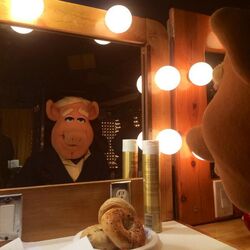 On February 18, 2019, Rowlf the Dog appeared alongside contestant Darci Lynne Farmer and her ventriloquist dummy Edna, performing a duet of "Can't Smile Without You." Rowlf also appeared in photographs taken backstage with Howie Mandel, Heidi Klum and Terry Crews that were posted to social media in October 2018 during the taping of the appearance. 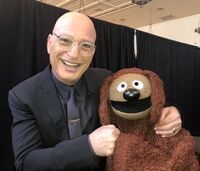 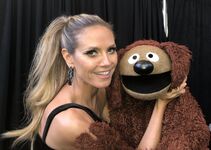 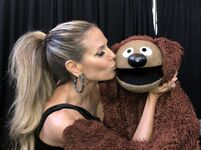 Rowlf gets a kiss from Heidi Klum 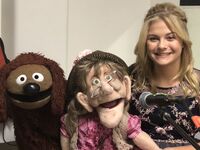 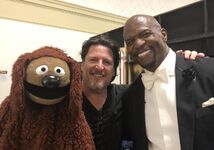 Wikipedia has an article related to:
America's Got Talent
Community content is available under CC-BY-SA unless otherwise noted.
Advertisement