The American Library Association was founded in 1876 and based in Chicago, Illinois. The oldest and largest library education and promotion association in the world, they have featured the Muppets in many advertising campaigns over the years.

In 1997, a campaign featuring poster and bookmarks was launched under the title, "Building a Nation of Readers". The promotion featured Kermit, Miss Piggy and Rizzo the Rat building a house of books.[1] 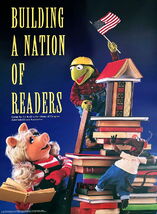 "Read and Grow"
Add a photo to this gallery 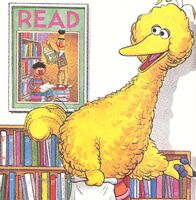 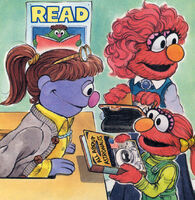 I Want to Be an Astronaut 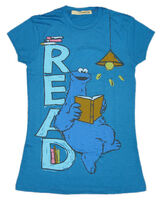 Cookie Monster "READ" t-shirt
Add a photo to this gallery

Wikipedia has an article related to:
American Library Association
Retrieved from "https://muppet.fandom.com/wiki/American_Library_Association?oldid=1080308"
Community content is available under CC-BY-SA unless otherwise noted.