Amy Tan (b. 1952) is an American writer of Chinese descent whose works explore mother-daughter relationships. In 1993, Tan's adaptation of her most popular fiction work, The Joy Luck Club, became a commercially successful film.

She appeared on Sesame Street in Episode 3340 to read her children's book Sagwa, the Chinese Siamese Cat to Elmo and Zoe. When Amy is called away, Elmo turns to telling the rest to Zoe himself, using the illustrations from the book by Gretchen Schields. Amy returns at the end of Elmo's mostly faithful adaptation with a Chinese Siamese cat Carlo brought back from the animal shelter.

In 2001, Sesame Workshop adapted the book into an animated series for PBS. A photocopier at Sesame Workshop's offices, seen in "Share It Maybe", is named after Sagwa character Dongwa. 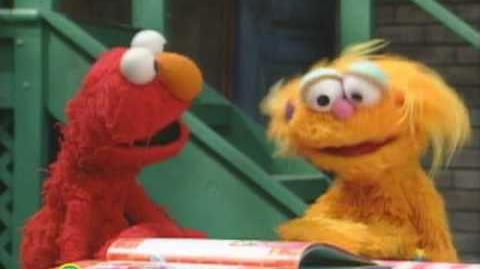 Wikipedia has an article related to:
Amy Tan
Retrieved from "https://muppet.fandom.com/wiki/Amy_Tan?oldid=1118108"
Community content is available under CC-BY-SA unless otherwise noted.