Ana was a character from Barrio Sésamo, the Spanish version of Sesame Street.

She was an adult human character who appeared in the second period of the series, from 1983 to 1987. She interacted with human-sized Muppets Espinete and Don Pimpón.

Ana was a student and popular with all the people who lived on the street. She lived in a flat which was directly over Espinete's home.

Ana had a know-it-all attitude similar to Don Pimpón's.

She was also popular because of a catchy song she sang, Ana (in which she sang "Soy Ana" or "I'm Ana"). Composed by Fernando Luna with lyrics by July Murillo, the song was included on the album Espinete y Sus Amigos. 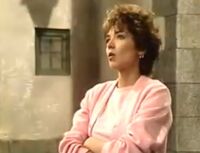 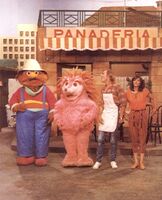 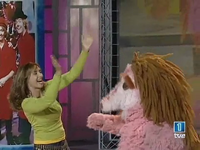 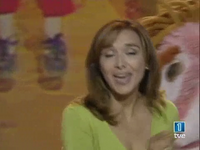 Ana 2007
Add a photo to this gallery
Retrieved from "https://muppet.fandom.com/wiki/Ana?oldid=1134735"
Community content is available under CC-BY-SA unless otherwise noted.