Annie Colbert is the viral content editor for Mashable, a professional writer, a ghost Twitter-er and co-host of Mashable's #5facts. Her work in social media has been highlighted in the press, including profiles in WIRED and the New York Times.

In addition to appearing with Muppets, Colbert has written several Muppet-related articles for Mashable—including visiting the set of Sesame Street to compile a list of comical products found in Hooper's Store—and has helped produce several Muppet web videos—including a video featuring Oscar the Grouch meeting Grumpy Cat, a music video featuring Zachary Levi and Bert; a video featuring Cookie Monster appearing alongside John Oliver, and a series of videos featuring Grover with Kid President. Colbert also co-wrote the song "A Lovely Sunny Day" which featured Zachary Levi and Bert (and she makes a brief cameo in the video).

In her Twitter bio, Colbert describes herself as a "Muppet Fanatic" and a group photo of the Muppets is used as her header image. In response to learning she had her own article on Muppet Wiki, Colbert tweeted: "life complete." Further showing her Muppet fanaticism, Colbert's official website, anniecolbert.com, features a cartoon of Colbert at a café with Kermit, Miss Piggy and Fozzie as the central image on the homepage. 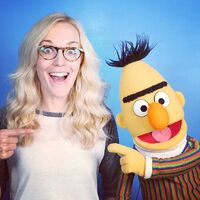 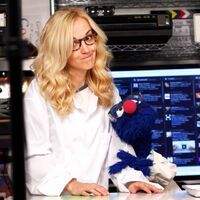 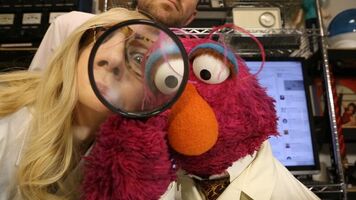 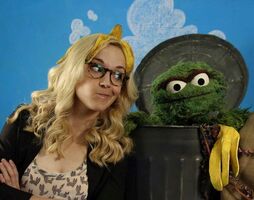 Muppet Articles by Colbert on Mashable.com: