Chowdhury died in a car crash in 1994, on his first trip home from college during Thanksgiving.[1]

The "Aram R. Chowdhury Memorial Scholarship Award," which is "presented to a deserving senior who exemplifies and promotes safety and positive health behaviors," was set up in his honor. It is awarded at the "High School West" in Half Hallow Hills Central School District in New York State. 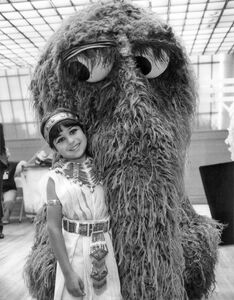 Retrieved from "https://muppet.fandom.com/wiki/Aram_Chowdhury?oldid=1069229"
Community content is available under CC-BY-SA unless otherwise noted.