The British Academy of Film and Television Arts (BAFTA) is a charity in the United Kingdom that hosts annual awards shows for excellence in film, television, television craft, video games and forms of animation. Several Henson projects have been awarded and nominated for BAFTA awards.

In 2007, Miss Piggy appeared on stage with Sharon Osbourne during 25 Years of the BAFTA Awards.

Miss Piggy was the official red carpet host of the 2012 British Academy Film Awards on February 12, 2012 at the Royal Opera House, Covent Garden, London. The appearance was related to the February 10 opening of The Muppets in the UK and sponsored by Orange. The red carpet was not broadcast, but was posted online the next day. 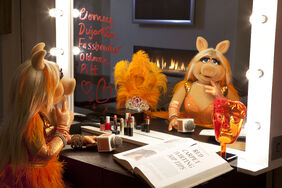 Miss Piggy prepares for the 2012 BAFTAs. 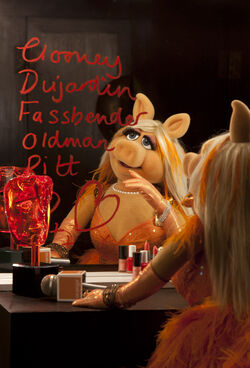 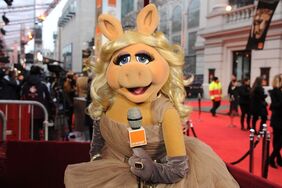 Miss Piggy on the red carpet at the 2012 awards.

Wikipedia has an article related to:
British Academy of Film and Television Arts
Community content is available under CC-BY-SA unless otherwise noted.
Advertisement