For the 2018 reboot series Muppet Babies, Baby Fozzie has been slightly redesigned. The CGI-nature of the show allows for a more puppet-like look by texturing the characters' skin and fur by imitating their respective fabric structures. The redesign provides Baby Fozzie with a truly fuzzy body and slightly larger ears. He retains his yellow onesie, possibly a tucked-in t-shirt, but wears red cargo shorts. 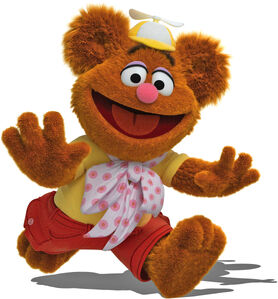