Baby Tooth and the Fuzzy Funk are a trio of rod Muppet monsters from Sesame Street who danced in many segments including "Feel the Beat." They were used to teach various forms of dance, from hip-hop to ballet to square dancing. They debuted on the show in Episode 2943 (February 12, 1992), and last appeared in new segments in 1997.

The two larger monsters were often performed by Kevin Clash and David Rudman, with Joey Mazzarino performing Baby Tooth. Peter Linz was hired for Sesame Street for these segments, assisting Clash by performing the hands of his particular monster.[1]

Their name is a reference to the pop group Marky Mark and the Funky Bunch. Peter Linz has mentioned in interviews that the characters were also referred to as "The Fly Monsters."[1] 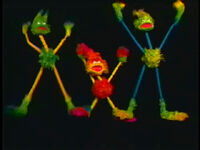 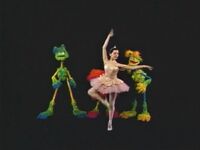 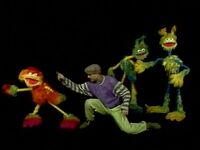 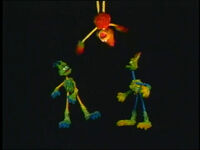 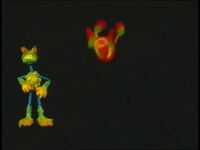 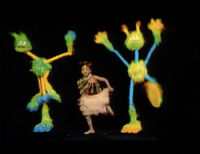 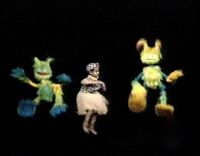 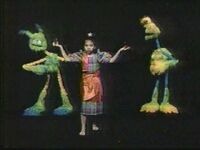 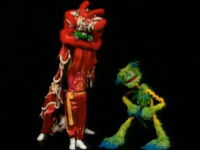 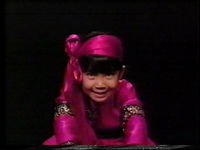 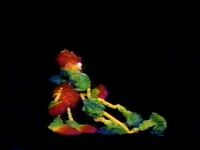 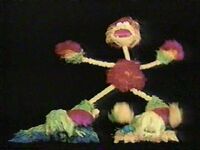 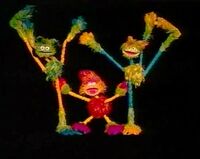 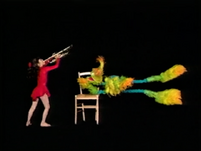 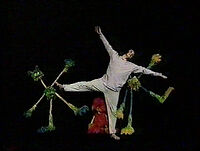 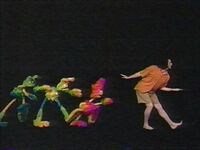 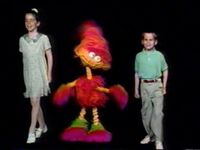 "Natchez Under-The-Hill"
(First: Episode 3626)
Add a photo to this gallery

Retrieved from "https://muppet.fandom.com/wiki/Baby_Tooth_and_the_Fuzzy_Funk?oldid=1152426"
Community content is available under CC-BY-SA unless otherwise noted.