The Muppet Show deluxe Backstage Playset was the final playset released by Palisades Toys. At two-and-a-half stories, it was by far the largest playset in the line and featured the staircase, the balcony leading to the dressing room doors, the exit downstairs to the back alley, and Kermit's desk. The set was packaged in pieces, and instructions on how to put them together were available on the Palisades website. In addition to being a display for Muppet action figures, the playset was also designed to store accessories from throughout the line on the various pegs scattered throughout the backstage.

The Rowlf figure included with the playset was the basic character, as opposed to the tuxedo-clad figure released in series 3 of the line.

The hatrack was named as a Muppet Show writer (in dialogue and the end credits) in episode 112. 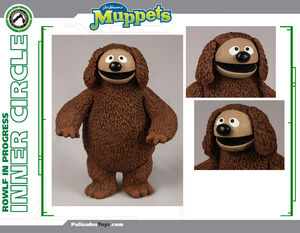 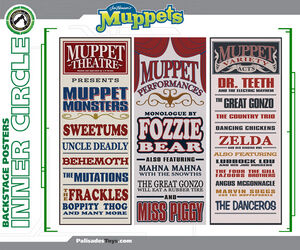 poster stickers
Add a photo to this gallery 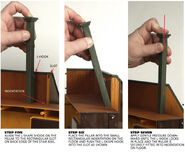 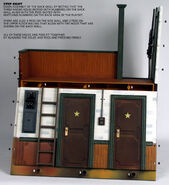 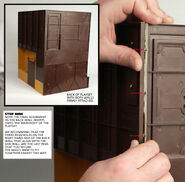 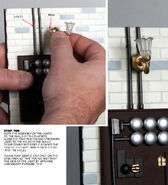 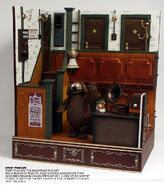 Retrieved from "https://muppet.fandom.com/wiki/Backstage_Playset?oldid=1080786"
Community content is available under CC-BY-SA unless otherwise noted.