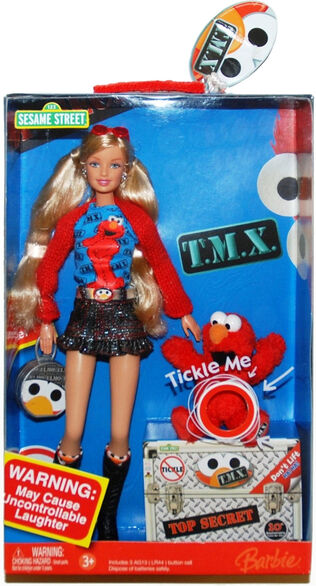 Barbie is a doll produced by Mattel, which debuted in 1959. The toy soon became a best-seller and an iconic representation of femininity. Much like Miss Piggy, over the years Barbie has proven herself in a wide range of fields, as actress, doctor, stewardess, model, teacher, paleontologist, and Presidential candidate. Barbie has also moved beyond dolls, with appearances in books, comics, videos, and a role in Pixar's Toy Story 2 and Toy Story 3.

In 2006, two different Barbie dolls were sold each with a miniature replica of T.M.X. Elmo. 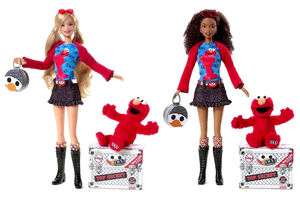 Visit the:
Barbie Wiki
Wikipedia has an article related to:
Barbie

Retrieved from "https://muppet.fandom.com/wiki/Barbie?oldid=1080845"
Community content is available under CC-BY-SA unless otherwise noted.