“The lovable, cha-cha-cha dancing star of Jim Henson's Bear in the Big Blue House is singing and dancing his way to cities across the nation.

Bear in the Big Blue House Live's "A First Time for Everything" is the all new national touring production starring Bear and his puppet friends from the hit Disney Channel television show.

Join in the fun as Bear is introduced to the Mann family, who get lost in Woodland Valley enroute to their new home. This exhilarating live theatre experience follows Bear and his friends, including Pip and Pop, Tutter, Ojo, and Treelo, on a journey of first-time feats and Bear welcomes every challenge with open paws! Celebrate beginners' triumphs with Bear and his friends — cheer on Tutter as he prepares for his first day of school and encourage Ojo as she rides her first two-wheeler. "A First Time for Everything" features "Bear Cha-Cha-Cha", "Goodbye Song" and other hit songs from the Disney Channel television series.

From the producers of Sesame Street Live, "A First Time for Everything" is an all-new celebration of beginners' triumphs — as Bear says, "It smells like fun!"[2]” 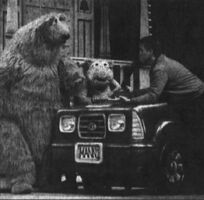 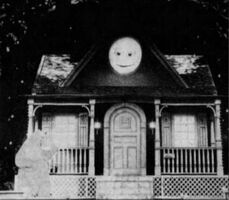 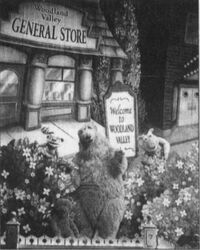 Retrieved from "https://muppet.fandom.com/wiki/Bear_in_the_Big_Blue_House_Live:_A_First_Time_for_Everything?oldid=1274363"
Community content is available under CC-BY-SA unless otherwise noted.