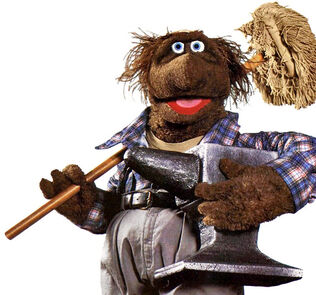 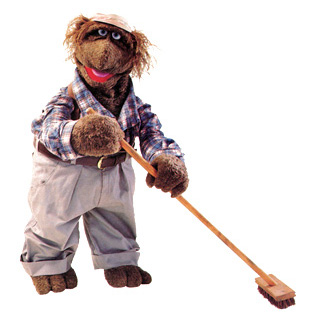 Beauregard is the thick but lovable janitor at the Muppet Theater who took over the mantle from George the Janitor beginning in episode 310 of The Muppet Show. He also does duty as one of the Stagehands. Although he tries to be helpful, his dimwitted efforts frequently result in disaster. Affectionately known as Beau (or Bo), his slow wit is often exploited by characters who use him to their own purposes. He has a characteristic blink and often turns to the camera and says, "Right." Bo has superhuman strength, which is illustrated by his ability to effortlessly lift and carry around objects that are far too heavy to carry, such as an anvil, couch or piano.

He has also made occasional cameo appearances in other Henson projects, including The Muppets Take Manhattan, Muppets Tonight, and The Muppets: A Celebration of 30 Years. He had a brief, non-speaking cameo in the 2002 TV-movie It's a Very Merry Muppet Christmas Movie. Bo returned into a speaking role on Disney Xtreme Digital in 2009, teaming up with Bobo the Bear in a series of videos called "Better Living with Bobo". Beauregard also starred in a book, Bo Saves the Show.

Retrieved from "https://muppet.fandom.com/wiki/Beauregard?oldid=584685"
Community content is available under CC-BY-SA unless otherwise noted.