Begoony is a magical rabbit-like creature who Mokey befriended in the Fraggle Rock episode "The Incredible Shrinking Mokey." He had been abandoned by many before, and didn't want Mokey to abandon him, so he tried to shrink her and lock her in his house. This only made Mokey (sort of) abandon him, but after he makes a beanstalk for a puppet show, he is allowed to live amongst the Fraggles.

The puppet was later reused in The Muppet Christmas Carol (as the child of Mudwell the Mudbunny and Murray the Minstrel) and in Muppet Treasure Island (as a pirate). On Mopatop's Shop the puppet would be used in various roles like the moon creature Clicksnizz, Pippa Pepper, and Granny Rose.

In Muppets Tonight, Begoony made an appearance as an audience member. 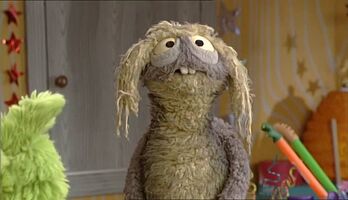 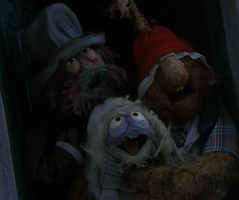 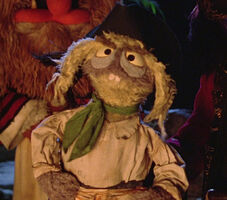 Muppet Treasure Island
Add a photo to this gallery

Retrieved from "https://muppet.fandom.com/wiki/Begoony?oldid=1295378"
Community content is available under CC-BY-SA unless otherwise noted.