Big Bird's Day on the Farm is an 1985 Sesame Street Little Golden Book based on the farm sequence in the film Follow That Bird.

On his way back to Sesame Street, Big Bird meets two children, Ruthie and Floyd, and spends the night at their farm.

It is never stated where Big Bird is returning home from in the book itself. However, when it was recorded for the Big Bird StoryMagic toy in 1986, he does explain it to the viewers in his introduction, and part of the book was rewritten to mention the barn being nicer than the Dodos home. The accompanying tape also included: 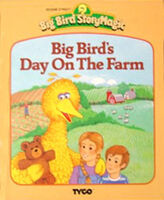 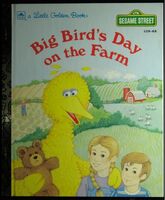 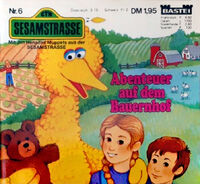 Retrieved from "https://muppet.fandom.com/wiki/Big_Bird%27s_Day_on_the_Farm?oldid=1305424"
Community content is available under CC-BY-SA unless otherwise noted.