Big Bird, as an iconic resident of Sesame Street, has frequently been adapted for animation on the series and in related productions.

Big Bird's earliest animated appearances were cameos in cartoon segments. In the early 1970s, a cartoon version of the Bird spoke in a short "Mystery Drawing" segment; when the picture of Big Bird was revealed, he said, "It's me, you sillies!" He also appeared in the animated insert "The Noble Ostrich," as designed by Bruce Cayard.

Big Bird's most substantial animated appearance to date occurred in Follow That Bird. The cartoon Big Bird first appears blowing up the Warner Bros. logo, explaining that "Sesame Street is brought to you today by the letters W and B." A later animated scene has Big Bird imagining himself surrounded by a Bird Family, all of whom resemble him. These cartoon scenes were supplied by the Toronto-based Animation House Limited.

In The Street We Live On, Big Bird was one of several Sesame Street residents to appear in the animated tale "The Girl Who Was Lost," as designed by Joey Ahlbum. 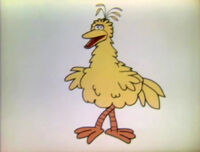 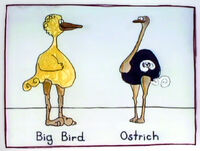 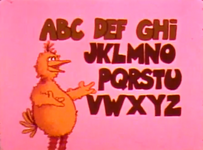 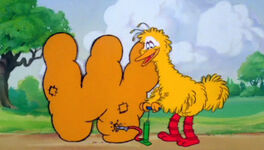 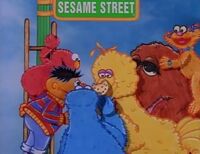 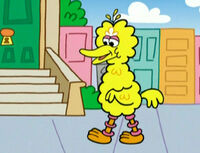 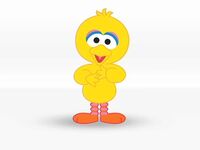 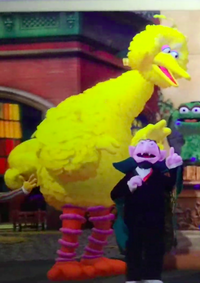 Street Mission
Add a photo to this gallery
Retrieved from "https://muppet.fandom.com/wiki/Big_Bird_(animated)?oldid=1221258"
Community content is available under CC-BY-SA unless otherwise noted.