Big Bird wakes early, and sees a brand-new pail and shovel on his mailbox. He's puzzled by the tag, which reads "Dear Big Bird, I think you'll know what to do with this! Love, Granny Bird."

Big Bird walks down the street with his gift, and is interrupted by Oscar the Grouch and his worm Slimey, who want to dig for worms. He decides not to share with them. He meets Ernie and Bert at a Figgy Fizz pop machine, with an aluminum can of bottle caps; Bert asks to use the pail to carry the rest of the caps. Big Bird hesitates, and Bert says, "Never mind. I'll bet you're going to make a sand castle in the sandbox. We'll come to see it later."

Big Bird walks away puzzled at how someone would make a sand castle. He sits in the sandbox, and pours three rather shapeless piles of sand. Grover notices, and tells an apprehensive Big Bird that he'll take the pail to the fountain, to fill it with water. Betty Lou overhears, and offers to share her watering can, with which she has been watering the wildflowers in the park.

With the success of their efforts, Big Bird calls out to his friends. Cookie Monster comes over with a ream of popsicle sticks, Prairie Dawn with an armful of pebbles. Soon, Herry Monster (and a toy car), the Two-Headed Monster (with some green and red striped cans), and the Honkers (with twigs) come over to help. Ernie and Bert eventually approach, having found a bag for the extra bottle caps, which are used to decorate the turrets.

Upon finishing the moated, fortified city, Big Bird exclaims, "This is what Granny Bird meant!"

This book was also recorded for the "Big Bird StoryMagic" toy in 1986. Caroll Spinney voiced the story as Big Bird and sang three songs: 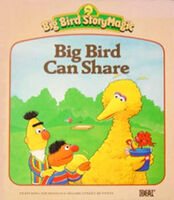 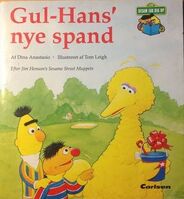 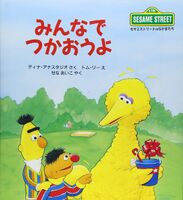 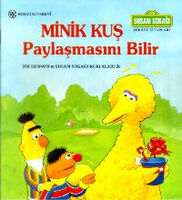