Big Bird StoryMagic was a set of books, tapes and animated dolls created by Ideal Toys in 1986. Caroll Spinney and Frank Oz recorded the voices of Big Bird, Oscar the Grouch and Cookie Monster, reading a set of Sesame Street storybooks. The Big Bird StoryMagic doll had a tape player in his back; when one of the tapes was played inside him, his eyes and beak would move, as if he were telling the story.

Animated Oscar and Cookie Monster dolls were sold separately; they would only work when plugged into the Big Bird doll. Oscar featured an animated mouth, and could withdraw into his trash can, while Cookie Monster had googly eyes.

Some of the StoryMagic books were adaptations of previously released storybooks; others were original to the series. 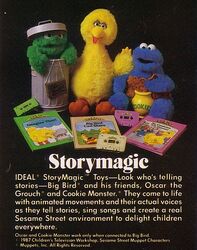 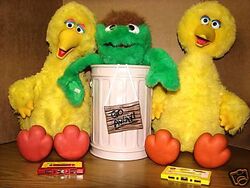 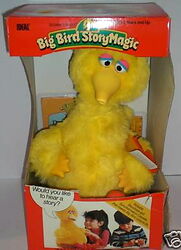 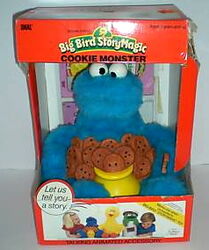 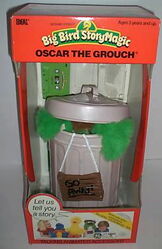 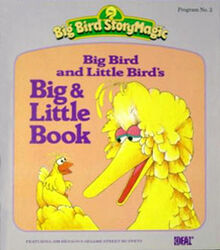 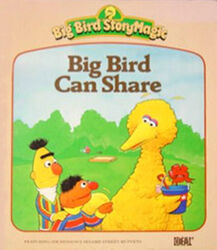 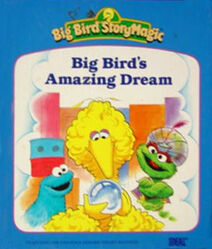 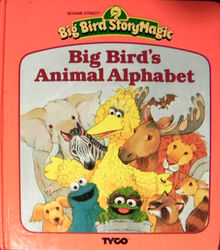 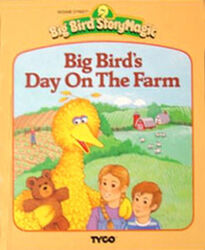 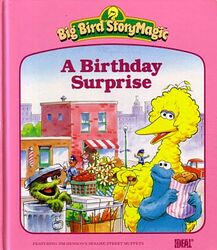 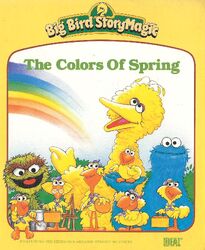 The Colors of Spring
(original) 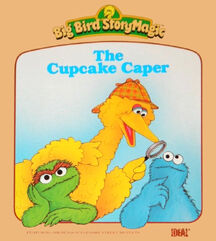 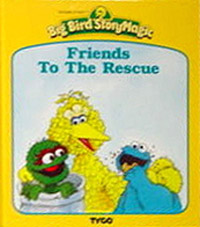 Friends to the Rescue
(original) 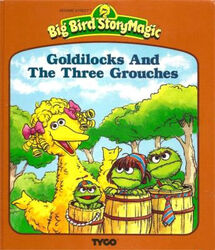 Goldilocks and the Three Grouches
(original) 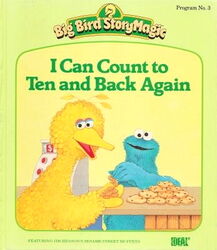 I Can Count to Ten and Back Again
(adapted) 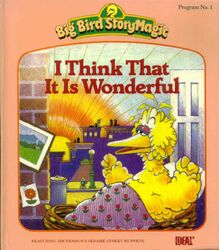 I Think That It Is Wonderful
(adapted) 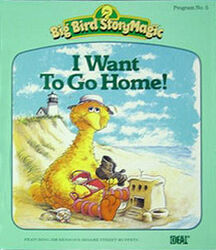 I Want to Go Home!
(adapted) 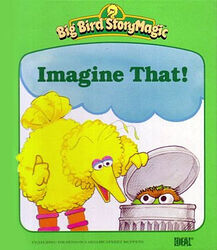 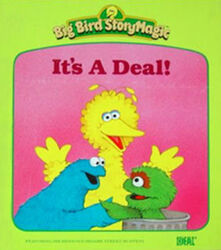 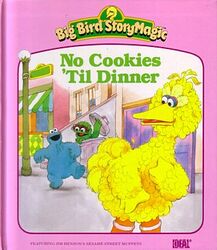 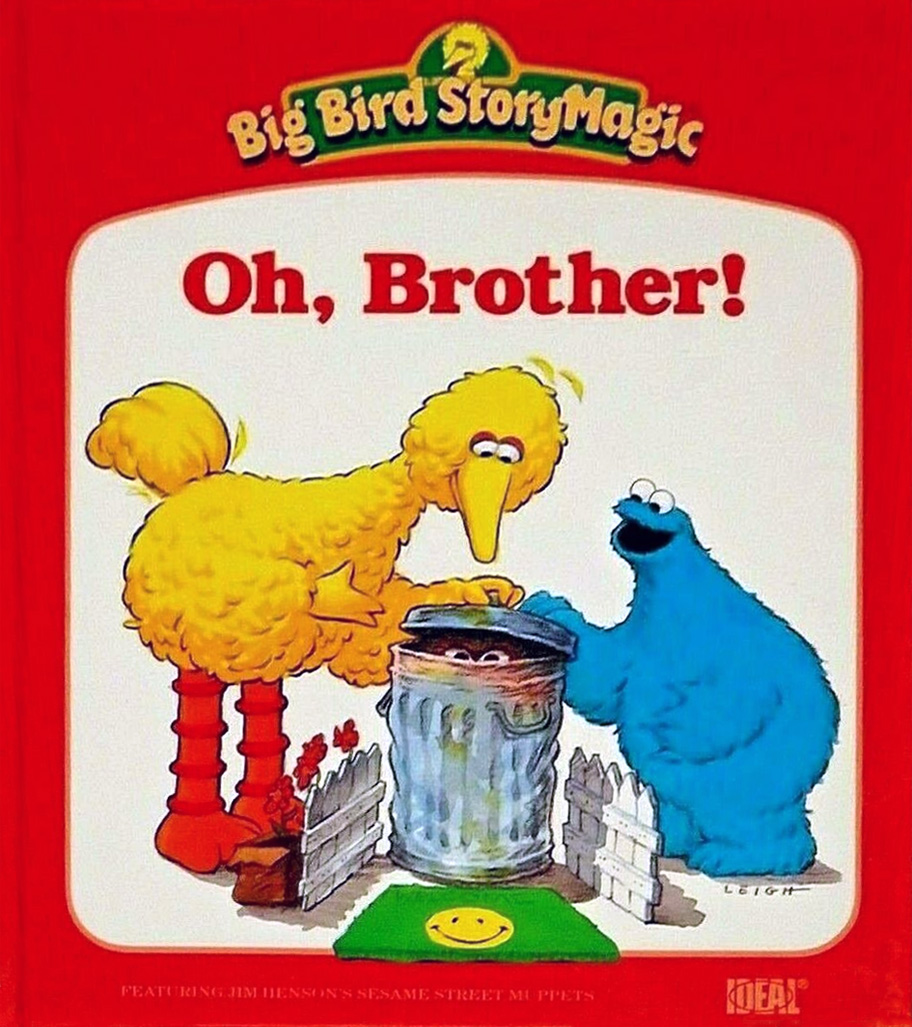 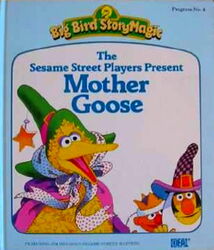 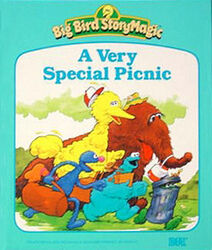 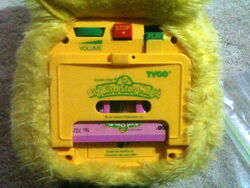 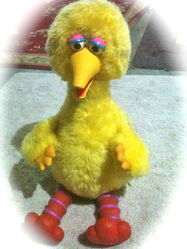 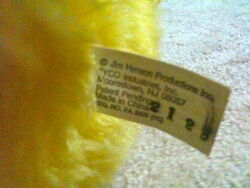 Add a photo to this gallery
Retrieved from "https://muppet.fandom.com/wiki/Big_Bird_StoryMagic?oldid=1081277"
Community content is available under CC-BY-SA unless otherwise noted.