Big Bird Talking Phone is a Sesame Street toy made by Hasbro in 1982. The phone can be used to dial up six Sesame characters -- Big Bird, Cookie Monster, Bert, Ernie, Oscar the Grouch and Grover. Twisting the knob reveals each character's three-digit telephone number. When the correct number is pressed, the character has a recorded greeting. The toy was re-released in the early 1990s with a slightly different design on the phone's face. 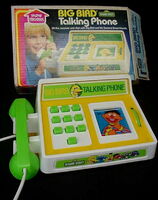 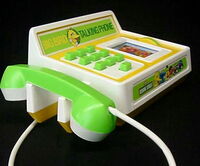 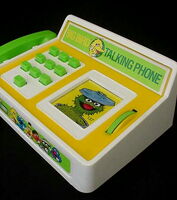 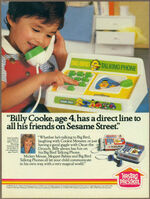 A print ad from 1985.
Add a photo to this gallery
Retrieved from "https://muppet.fandom.com/wiki/Big_Bird_Talking_Phone?oldid=1081278"
Community content is available under CC-BY-SA unless otherwise noted.