The first edition, published in 1977, was illustrated by Mel Crawford. Golden Press published a second edition of the book in 1983, with illustrations by A. Delaney. (ASIN B00128Q60C)

The book was also recorded in 1986 by Caroll Spinney as part of the "Big Bird StoryMagic" toy set. The recording includes new versions of "Big and Little Song" and "Feathered Friends." 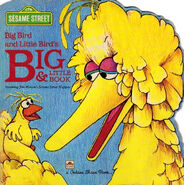 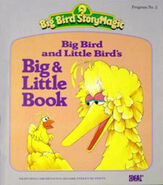