Big Mean Carl is a shaggy monster who continues the proud tradition of Muppet characters with voracious appetites.

Although the Carl puppet made its first appearance in the 1992 Muppet Meeting Film "Think Bigger," in which he was called "Chairman Blodgett" and performed by Dave Goelz, he is best known for his role on Muppets Tonight, where he received the name Carl and his new performer, Bill Barretta.

On Muppets Tonight, Carl's stage name would change slightly from appearance to appearance, always starting with "Carl the Big Mean" but usually ending with a different appellation depending on what kind of act he was performing. But the acts, which ranged from Bagpipe-Eater to Ventriloquist, were usually just a cover for Carl's real intentions: to eat another character. Always a performer, though, Carl would usually end the acts with a triumphant "Thank you!"

Carl also appeared regularly in one of the show's recurring UK Spots, the game show Swift Wits, in which he always ate the contestants. He also performed with the Smashing Pumpkins in episode 210 and was visited by his mother, Carla the Big Mean Mom, in episode 212.

A modified version of the puppet with completely different facial features appeared as the Grox (performed by Leslie Carrara-Rudolph) in The Wubbulous World of Dr. Seuss episode "There Is Nothing To Fear In Here."

During the November 13, 2008 broadcast of Today, in which the Muppets took over the show to promote the opening of the Muppet Whatnot Workshop, Carl played the "boss," lording it over the director Pokey and a control room full of rats. In this appearance, he was performed by Steve Whitmire.

Carl also appeared in the "Bohemian Rhapsody" and "Stand By Me" viral videos and the feature films, The Muppets and Muppets Most Wanted (his first speaking role in a Muppet movie). In Lady Gaga & the Muppets' Holiday Spectacular, Carl auditioned for Kermit the Frog and Scooter as "The Amazing Carl," a magic act that makes his assistant Albert (performed by Dave Goelz)[1] disappear (by eating him). Carl also appeared on the television series The Muppets serving as the receptionist for the Up Late with Miss Piggy offices.

Members of Carl's family have occasionally been seen or mentioned. His mother, Carla the Big Mean Mom, appeared in episode 212 of Muppets Tonight. In The Muppets episode "A Tail of Two Piggies", his sister Carla is introduced. Both characters were made from the Big Mean Carl puppet, dressed in drag. The Muppets Character Encyclopedia mentions that Carl has a much bigger brother who he wants to some day be as big as. In The Muppets episode "Pig Girls Don't Cry," he mentions his father, who used to verbally abuse him. In another episode, "Swine Song," he mentions that he is the youngest one of nine siblings. 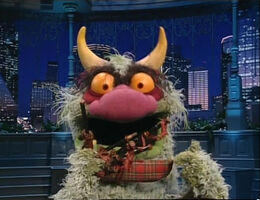 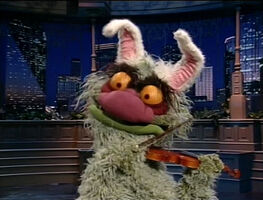 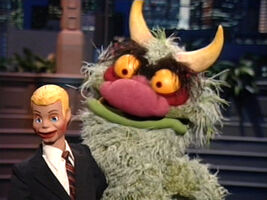 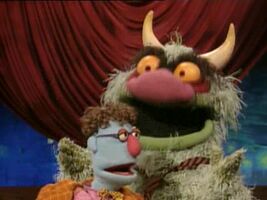 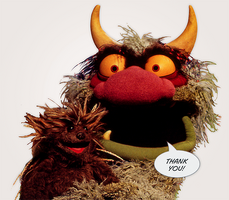 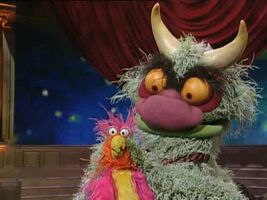 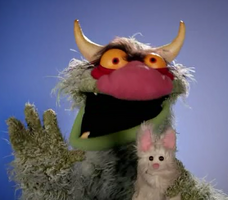