Billy Crystal (b. 1948) is an Emmy Award winning comedian, actor, and New York Yankees fan. Beginning his career in stand-up, Crystal soon made the transition to television, playing one of the first openly gay characters, Jodi Dallas, on Soap. While an actor in prime time, Crystal then moved to the ranks of "Not Ready For Prime Time Players" of Saturday Night Live in 1984 (having been cut from the first episode in 1975).

Crystal guest starred on Sesame Street during Season 16. In one segment, he plays his SNL character, Ricky, who happens on an unbelievable letter U (First: Episode 2083). In another, Crystal appears as Henry, who helps Ed Grimley (played by Martin Short) hang up a clothesline (First: Episode 2088).

His film credits include Rob Reiner's This Is Spinal Tap and The Princess Bride, Pixar's Monsters, Inc. and prequel Monsters University, When Harry Met Sally, and City Slickers. The latter two were also lampooned when Crystal guest starred on Muppets Tonight episode 103.

Crystal has hosted the Academy Awards telecast eight times, making him the second most frequent host after Bob Hope. He also appeared in a one-man show on Broadway, 700 Sundays, and together with Whoopi Goldberg and Robin Williams has hosted Comic Relief on HBO since 1986.

Crystal filmed a cameo for The Muppets, but his scene was cut from the final film.

In 2015, Crystal and Josh Gad were at SXSW to promote their television series The Comedians; Cookie Monster posed for a photo with them. 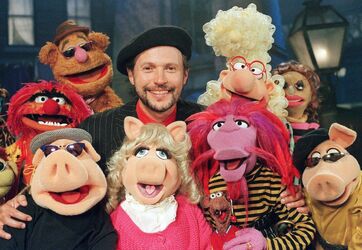 On the set of Muppets Tonight 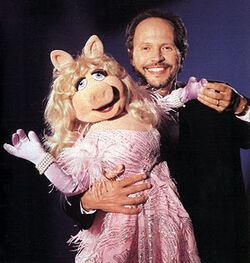 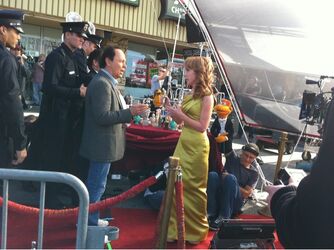 On the set of The Muppets with Kathy Griffin 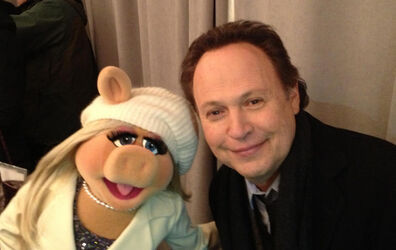 Backstage with Miss Piggy at Rockefeller Center in 2012 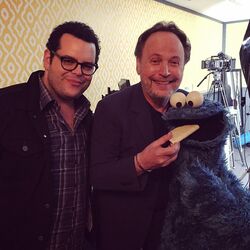 Wikipedia has an article related to:
Billy Crystal
Community content is available under CC-BY-SA unless otherwise noted.
Advertisement