The Bird-Lady appears in The Magical Wand Chase. She takes Abby's wand, mistaking it for a stick to build her nest with, and is chased by the group. While on the run, she inadvertently transforms herself into an elephant and a human (though retains her pink feathers). Once the confusion has been cleared, the gang invites her to build her nest on Sesame Street (with the end credits revealing her nesting atop the street sign). 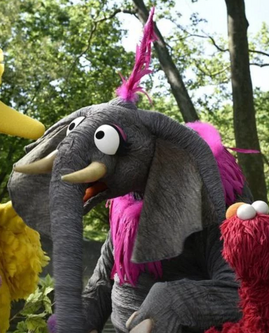 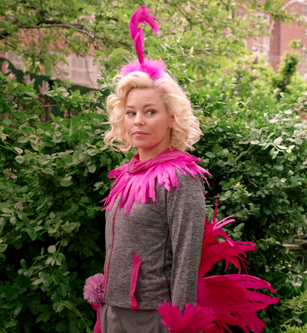