The Board of Birds is the collective name for the assembled members of the Feathered Friends society in Follow That Bird. The group is devoted to placing stray birds with "nice bird families," convinced that birds belong with their own kind. They often talk over each other at meetings. However, when Miss Finch speaks, they all become silent, showing that they hold respect for her.

In addition to society president Madame Chairbird and Miss Finch, the group consists of eight assorted birds of various types, including a sparrow, a turkey, a black skimmer, a robin, a pink egret, and an owl. The latter character, the only member to doubt the assertion that Big Bird is unhappy, is an early Hoots the Owl. The performers for this fowl assemblage were Bob Stutt, Nikki Tilroe, Lee Armstrong, Tim Gosley, Rob Mills, John Pattison, Martin P. Robinson, and Trish Leeper. Though credited as an "additional Muppet performer" as opposed to one of the Board of Birds, Kevin Clash performed the voice of one of the birds.[1]

For a time, Madame Chairbird and other Feathered Friends members joined the background ensemble on Sesame Street, often as patrons at Hoots' Birdland club. They also appeared in The Muppets: A Celebration of 30 Years and Don't Forget to Watch the Movie. 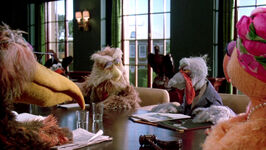 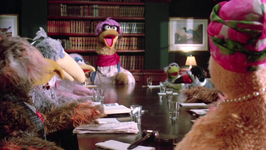 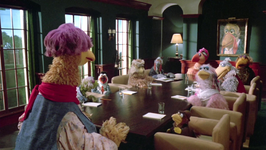