Bob Golden is a composer, drummer, and music producer who wrote songs for Sesame Street. He served as music producer for the second season of The Wubbulous World of Dr. Seuss, co-writing many songs, including the revised theme song and "Let's Shout Hooray" (included in every episode). His co-writer on many of these was Jack Feldman.

Golden composed for other children's puppet series, including Lamb Chop's Play Along, Gullah Gullah Island, and Jack's Big Music Show, as well as the Playhouse Disney series Out of the Box. He composed songs and music cues for Michael Moore's documentaries Bowling for Columbine, Fahrenheit 9/11, and Capitalism: A Love Story. He played drums in the house band on 30 Rock and performs with the Laurie Berkner Band. 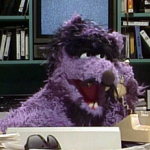