Bob Kurtz is an American animator who writes, designs, and directs films and commercials. He created several animated inserts for Sesame Street in the late 1970s. He was educated at the Chouinard Art Institute. He later served as a governor of the Academy of Motion Pictures Arts and Sciences.

He started his career in the 1960s writing animated cartoons such as The Pink Panther and Cool Cat. In the 1970s, he founded his own animation company, Kurtz & Friends, in Burbank, California. His credits include title animation for the movies Gambit, The Pink Panther, and City Slickers, the Mr. DNA sequence for Jurassic Park, and commercials for Honda and the California Department of Public Health. He has been recognized with many awards including a Peabody Award, an Emmy, and the Annie Award for Lifetime Achievement. 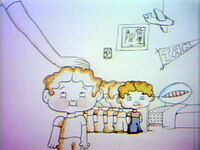 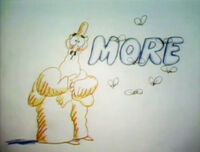 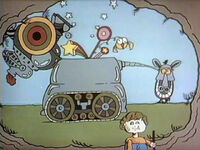