Bob Stillman (b. 1954 as Robert Stillman Cohen) is a composer, writer, and actor who wrote a few songs for The Wubbulous World of Dr. Seuss.

Stillman has worked primarily on and off-Broadway, including roles in the musical versions of Grand Hotel and Kiss of the Spider Woman. For his 2000 play Dirty Blonde (about Mae West fans), Stillman received a Tony Award nomination for Best Featured Actor, in addition to writing the title song, arranging, and serving as musical director. He wrote the song "Long Hard Day" for the musical Urban Cowboy (sharing in another Tony nomination). Other Broadway acting credits include Grey Gardens and Act One plus standby on several shows.

For television, Stillman was a regular as musician Reed on the puppet series Allegra's Window (where he also wrote and arranged songs) and wrote songs for the Disney Channel series PB&J Otter. He guest starred on Law & Order, Star Trek: Voyager, and Quantico. 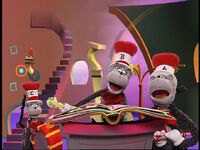 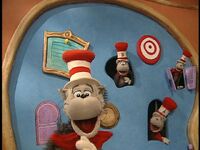 "First Time for Everything" 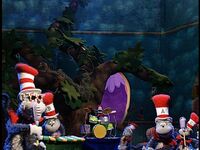 "Love Those Silly Sounds"
Add a photo to this gallery

Retrieved from "https://muppet.fandom.com/wiki/Bob_Stillman?oldid=1199252"
Community content is available under CC-BY-SA unless otherwise noted.