"Boogie Motion" is a disco song recorded by Beautiful Bend in 1978. The song is featured in The Muppets Go Hollywood during a dance sequence.

Miss Piggy dances with Raquel Welch, Cheryl Ladd, and Twiggy, Janice dances with LeVar Burton, Fozzie dances by himself and snubs Rita Moreno when she tries to join him, but later cuts in on her and Kermit. Piggy also slow dances with Charles Durning and tells Christopher Reeve to bug off, but joins him later and Reeve has trouble keeping up with her. 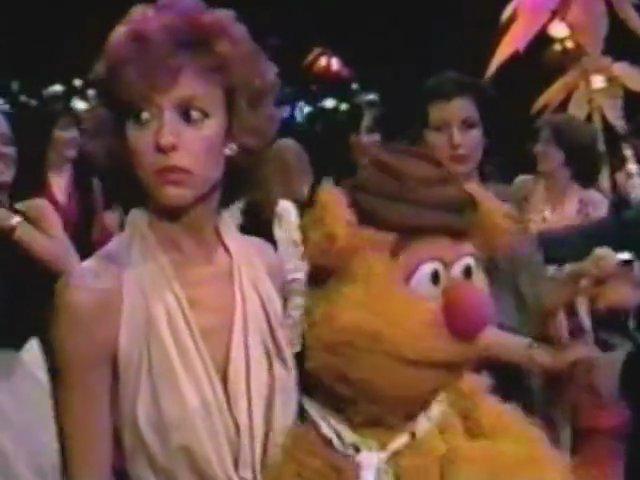 Muppets dance to Boogie Motion
Add a photo to this gallery
Retrieved from "https://muppet.fandom.com/wiki/Boogie_Motion?oldid=1081642"
Community content is available under CC-BY-SA unless otherwise noted.