Buddy and Jim are a human comedy duo who appeared on Sesame Street during the first season. The sketches featured theme music by Joe Raposo.

The recurring theme for the bungling pair was a failure to complete such tasks as hanging a picture and making a sandwich. While usually only appearing in their own sketches, they are often mentioned by the adults before their segments start. In Episode 0050, the pair appeared in a street scene with Gordon in a routine to demonstrate "here" and "there."

As described by Stefan Kanfer in a Nov. 23, 1970 Time article, "In its first series, Sesame Street used two clowns, Buddy and Jim, to illustrate problem solving. They were a walking Polish joke, one lifting and turning the other to screw in a light bulb, refusing a nail because it was turned the wrong way."

They were replaced in season 2 by another comedy team, Larry and Phyllis, who were in turn succeeded by Wally and Ralph in season 3. Several of the latter's sketches were direct remakes of Buddy and Jim routines. 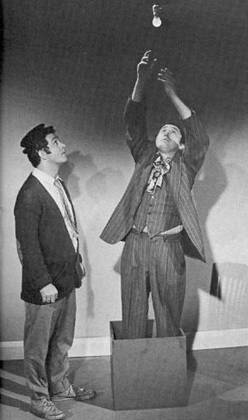 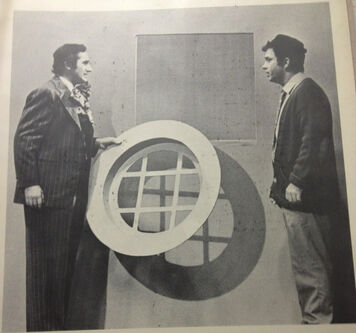